TRANSHUMAN Do you want to live forever

TRANSHUMAN - Do you want to live forever

Watch now in HD!Philosopher Anders Sandberg does not accept death as a foregone conclusion. According to him it will become possible this century to upload your mind into a computer. He is a member of a small group that calls itself the transhumanists. TRANSHUMAN is a short documentary film by director Titus Nachbauer. It is about radical life extension and future technology that might change the human condition.This is the full English version, a few Dutch parts have been subtitled.Short documentary Copyright 2011 by NFTA
Posted by Unknown at 12:37 AM No comments:

Email ThisBlogThis!Share to TwitterShare to FacebookShare to Pinterest
Labels: TRANSHUMAN

Posted by Unknown at 1:56 PM No comments:

Email ThisBlogThis!Share to TwitterShare to FacebookShare to Pinterest
Labels: Dreams

The Illusion of Time

The Illusion of Time

Time. We waste it, save it, kill it, make it. The world runs on it. Yet ask physicists what time actually is, and the answer might shock you: They have no idea. Even more surprising, the deep sense we have of time passing from present to past may be nothing more than an illusion. How can our understanding of something so familiar be so wrong? In search of answers, Brian Greene takes us on the ultimate time-traveling adventure, hurtling 50 years into the future before stepping into a wormhole to travel back to the past. Along the way, he will reveal a new way of thinking about time in which moments past, present, and future—from the reign of T. rex to the birth of your great-great-grandchildren—exist all at once. This journey will bring us all the way back to the Big Bang, where physicists think the ultimate secrets of time may be hidden. You'll never look at your wristwatch the same way again.
Posted by Unknown at 1:46 PM No comments:

Email ThisBlogThis!Share to TwitterShare to FacebookShare to Pinterest
Labels: The Illusion of Time

Posted by Unknown at 1:43 PM No comments:

Are Extraterrestrial Races living with us on Earth

They live and work in your town. In fact, they may be members of your country's government. But they're not who, or what, they appear to be. We'll unseal the truth about these aliens among us and tell you who has come in peace...and who has a far more sinister purpose in mind. (From bibliotecapleyades.net) After all these years of research we have compiled these major facts about Aliens on Earth. Alien crafts from other worlds have crashed on Earth. Alien crafts are from both Ultra-Dimensional sources and sources within this Dimension. Early U.S. Government efforts at acquiring technologies were successful. The U.S. Government has had live Alien hostages at some point in time. The U.S. Government has conducted autopsies on Alien cadavers. U.S. Intelligence Agencies and Security Agencies are involved in the cover-up of facts pertaining to the situation. People have been and are currently being abducted, mutilated, murdered and kidnapped as a result of the UFO situation. There is a current Alien presence on this planet among us that controls different elements of our society. Alien forces maintain bases on Earth and on the Moon. The U.S. Government has had a working relationship with Alien Forces for some time, with the express purpose of gaining technology in gravitational propulsion, beam weaponry and mind control. Millions of cattle have been killed in the process of acquiring biological materials. Both Aliens and the U.S. Government are responsible for mutilations, but for different reasons. We live in a multi-dimensional world that is overlapped and visited by Aliens/Entities from other dimensions. Many of those entities are hostile, and many are not hostile. The basis for our genetic development and religions lies in intervention by non-terrestrial and terrestrial forces. The truth about our actual technology far exceeds that perceived by the Public. The United States Space program of today is a cover operation that exists for public relations purposes. People are being actively killed in order to suppress the facts about the situation. The CIA and the NSA are involved so deeply that exposure would cause collapse of their overt structure. Facts indicate Alien presence with in 5 to 10 thousand years. Our civilization is one of many that have existed in the last billion years, "Milky Way time period" Alien Psychology
Posted by Unknown at 4:01 PM No comments:

Email ThisBlogThis!Share to TwitterShare to FacebookShare to Pinterest
Labels: Extraterrestrial

Posted by Unknown at 2:55 PM No comments:

Posted by Unknown at 2:31 PM No comments:

How will world look at 2100?To change our future, first we must imagine it... It's an idea that most of us would rather not think about -- that within the next century, life as we know it could come to an end. Our civilization could crumble, leaving only traces of modern human existence behind. It seems outlandish, extreme, even impossible. But according to cutting edge scientific research, its a real possibility -- unless we make drastic changes now.amazon.com http://amzn.to/HXMK9e or amazon.ukhttp://amzn.to/Je3NiU
Posted by Unknown at 2:26 PM No comments:

Email ThisBlogThis!Share to TwitterShare to FacebookShare to Pinterest
Labels: Earth 2100

Robots Army in the Future - Special Documentary
Posted by Unknown at 2:22 PM No comments:

Putting Down Roots in Earthquake Country and Related Resources 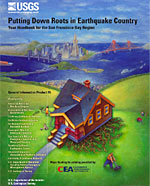